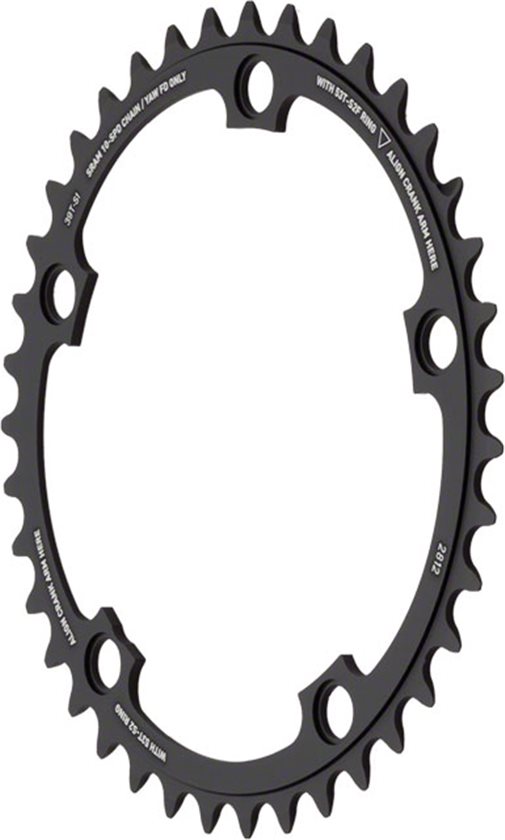 Among a road bike’s most critical components, road front derailleurs move the chain from one chainring to the other. When choosing a new road front derailleur, a host of considerations come into play, starting with drivetrain brand, which could be Campagnolo, Shimano, or SRAM to name a few.

You will also need to know your bike’s number of chainrings (two or three) and drivetrain speeds (9, 10, and 11 are currently the most common). This will determine the size of the road front derailleur cage, which is the mechanism that actually moves (or derails) your chain.

Next you’ll need to determine the correct mounting type, which is typically clamp or braze-on. Clamp-style (also known as band-on) use a clamp or band that fits around your bike frame’s seat tube and is bolted into place. And because seat tube diameter can vary, you’ll also need to know the correct clamp size, though some clamp-style road front derailleurs come with shims allowing for attachment across a range of tube diameters.

Braze-on road front derailleurs bolt directly to a mount that’s affixed to your frame. The term braze-on refers to the fact that these mounts were once brazed on to old steel bike frames. And while this style of road front derailleur attachment temporarily fell out of favor, it’s now regained popularity due to the advent of carbon fiber road bike frames, where the mount is actually molded into the frame (though the term braze-on has carried forward).

Road front derailleurs are operated by a bar mounted shift lever that controls the cage’s movement via cables, wires (in the case of Shimano’s widely used Di2 electronic shifting system), or wireless technology (in the case of SRAM eTap). When the rider engages the shift lever, it moves the chain from one chainring to the next.

Choosing the correct road front derailleur is a fairly straight forward process as long as you know the answer to a few basic questions. If you have any doubts or just want to discuss options, don’t hesitate to call a JensonUSA.com Gear Advisor today at 951-234-7554, who will guide you through the selection process.