There are many talented mountain bike riders out there, but very few that match the vision for unique lines, the guts and skills to massively send it, and the ability to make it look so effortless. Remy Metailler is one of those few. Breaking into the light with video highlights of never-done-before lines at Whistler bike park, he has taken approach to raw trails and even Red Bull Rampage, and has even earned his own catch line for this style of riding, #TheRemyLine. We’re stoked to partner with Remy and to support his inspiring and informative YouTube and Instagram content. Read on to learn more about Remy, his favorite trails to ride, and all the products that can withstand his hard charging riding style. 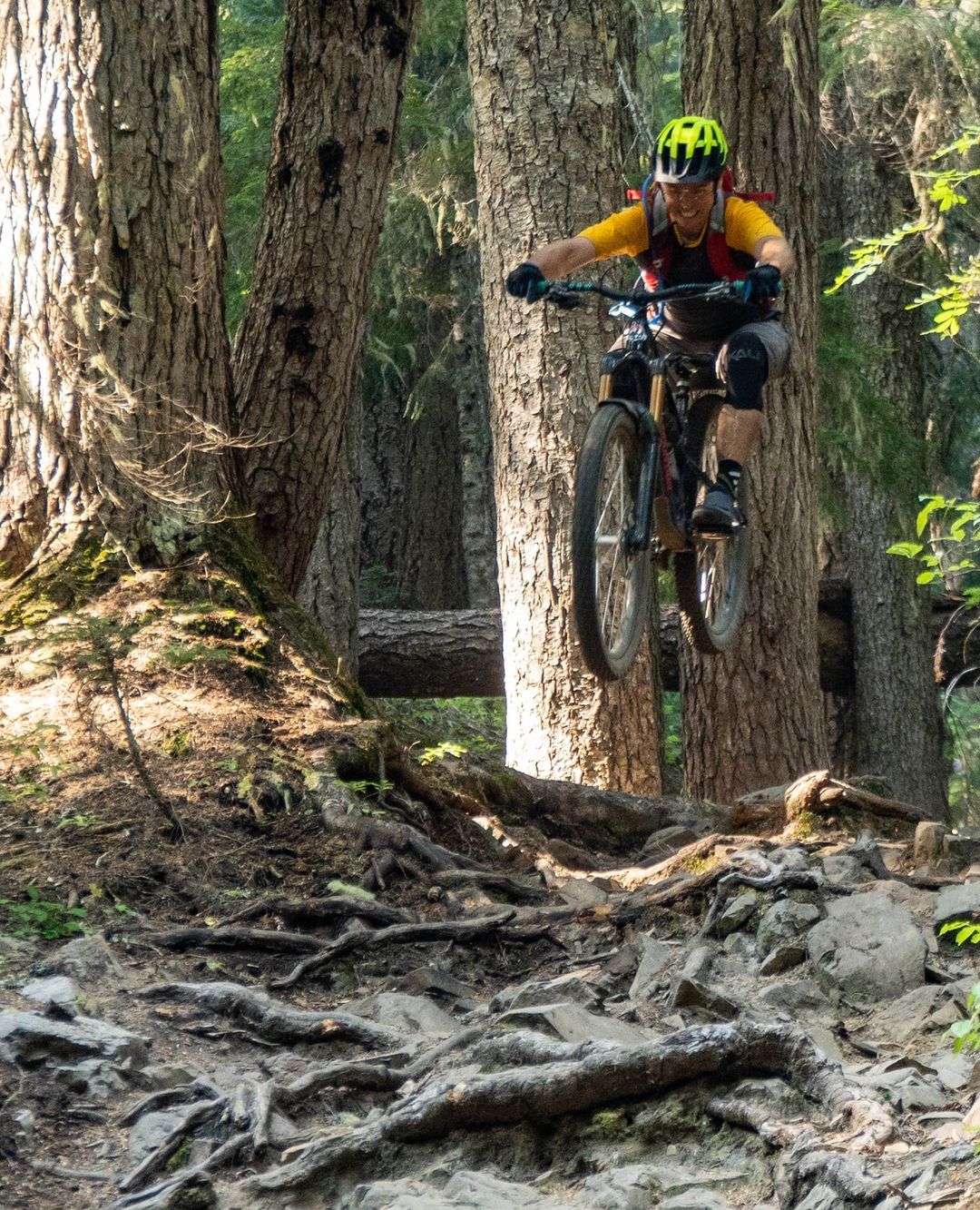 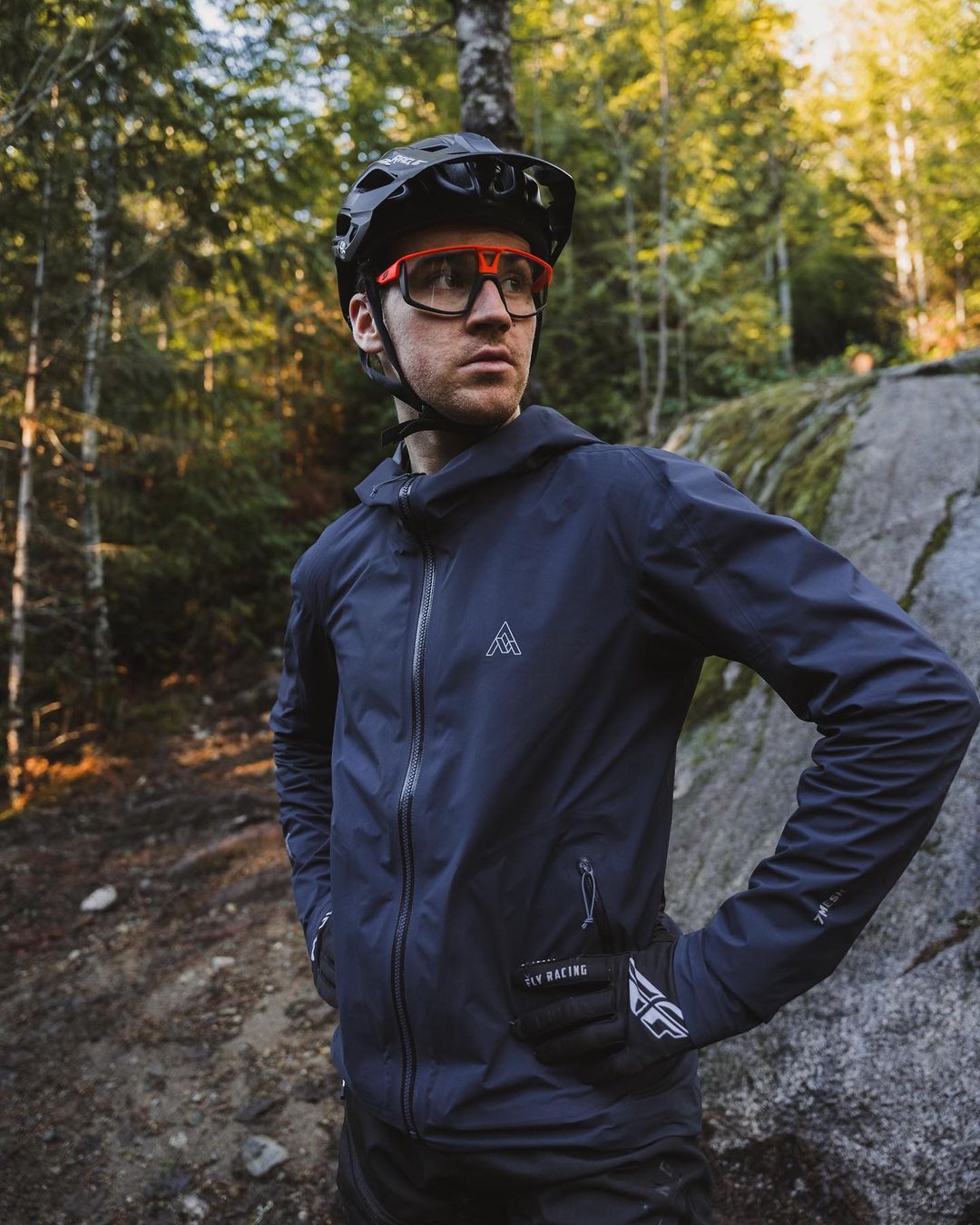 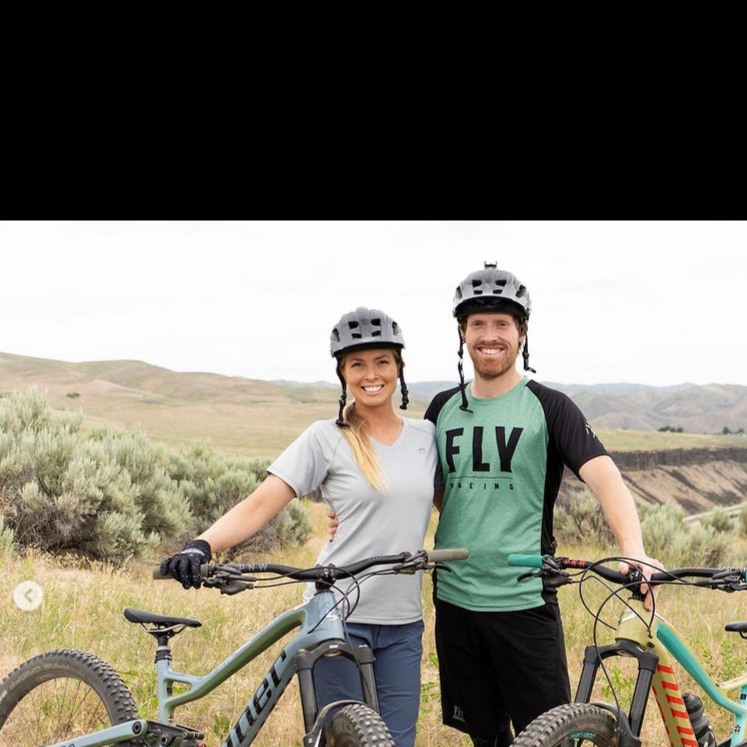 Follow Remy on your favorite social media channels to keep up with all the rad riding Remy Metailler is doing. You'll get treated to daily posts, exclusive riding clips, tutorials and guides, and stunning photos from epic riding locations. Plus, it's a great way to ask Remy questions and get his insight on how to become a full on ripper or how to dial in your bike setup for better riding.

When you charge lines as hard as Remy does, you have to know that you can trust every piece of gear that you ride to hold up to abuse and to perform at peak level. Remy's choice of bikes and gear reflect years of testing the limits to find the products that match his level of riding and rowdy line choices. For the rest of us, this means we can trust these products to handle anything we can throw at them. Check out below the products Remy rides and why he loves them. 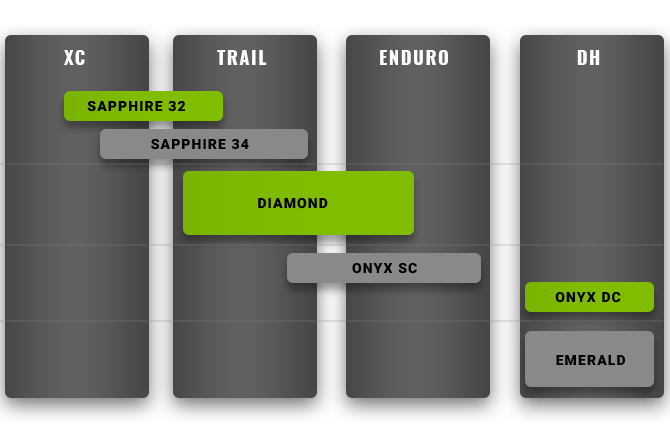 A rider like Remy demands a lot from his suspension and DVO has risen to the challenge. With a reputation of using the highest quality materials for every part, advanced cartridge designs with strong reliability and serviceability, and hand-assembled with an elevated level of quality control, these forks hold up to the massive levels of hard charging they'll see under Remy. Plus, they feature a variety of tuning adjustments that let Remy perfect the feel for the specific conditions or trails he'll be riding.

While we all may not ride like Remy, DVO has a fork that meets the riding needs of most every rider out there. Check out the table to find your perfect fork match.

Like the forks managing things on the front of his bike, Remy needs rear shocks that will hold up to big hits, help maintain traction, and give him the pop he needs to send his rediculous lines. Again, DVO answers the call with their impressive line of air and coil rear shocks. Similar to their forks, these shocks are crafted with utmost attention to detail, rigorous testing, packed with tuning features, and designed for riders by riders.

Whether you love pusing limits on descents or finding your threshold while mashing pedals, you can find the right version for your favorite style of riding and type of bike using the table. 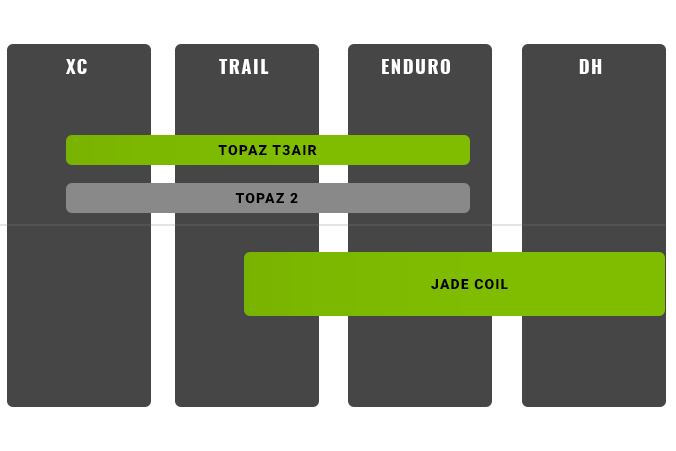 By now, you may be sensing a theme. Remy's gear has to hold up to an absolutely bonkers amount of abuse (as evidenced by this photo of this massive send). Luckily, e*thirteen wheels and tires are up to the job. E*thirteen offers a wide range of wheels from DH to XC, carbon or aluminum rims of varying rim widths, and high-engagement hubs that are reliable and compatible with XD, HG, and Microspline freehubs to match your drivetrain needs. They even have wheels designed to meet the demands of e-bikes, for those who are into that. Beyond that, e*thirteen has a broad range of tires with unique compounds, tread patterns, and protection to meet every rider's needs out on the trail

It's one thing for mountain bike apparel and protection to be tough enough to match Remy's capabilities, but it must also be comfortable and stylish. Fly Racing has a long history with experience spanning moto, BMX, snow, and MTB which helps them to create some of the best riding gear out there. With a clean aesthetic, quality materials, and features designed to improve your ride experience, Fly Racing gear has your riding needs covered from head to toe.

Camelbak hydration packs pair nicely with a good ride kit. They utilize several features to minimize the feel of wearing a pack and improving breathability and comfort. Plus, their smartly designed bags come in a variety of designs and sizes to let you carry as much gear and water as you need. 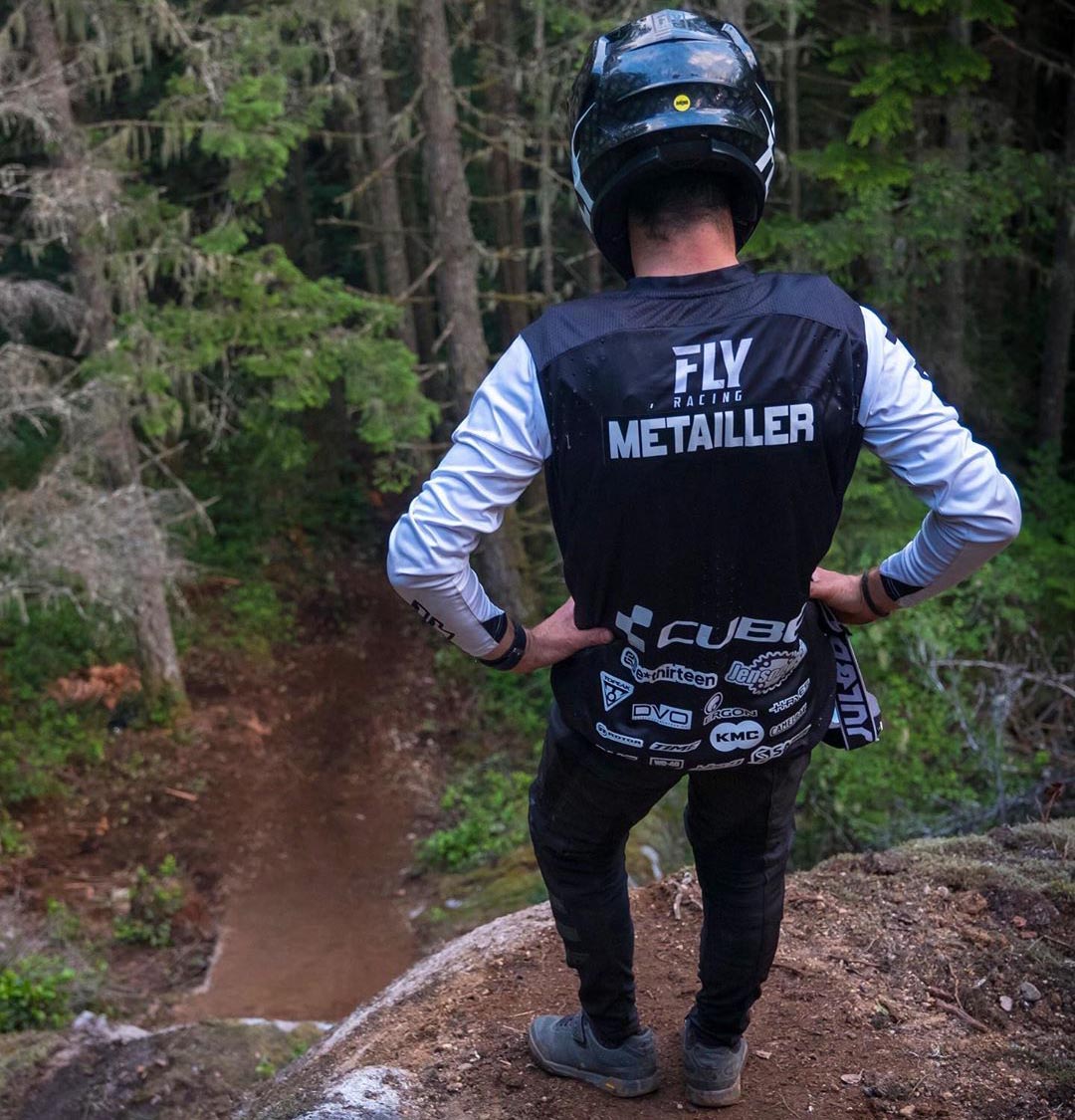 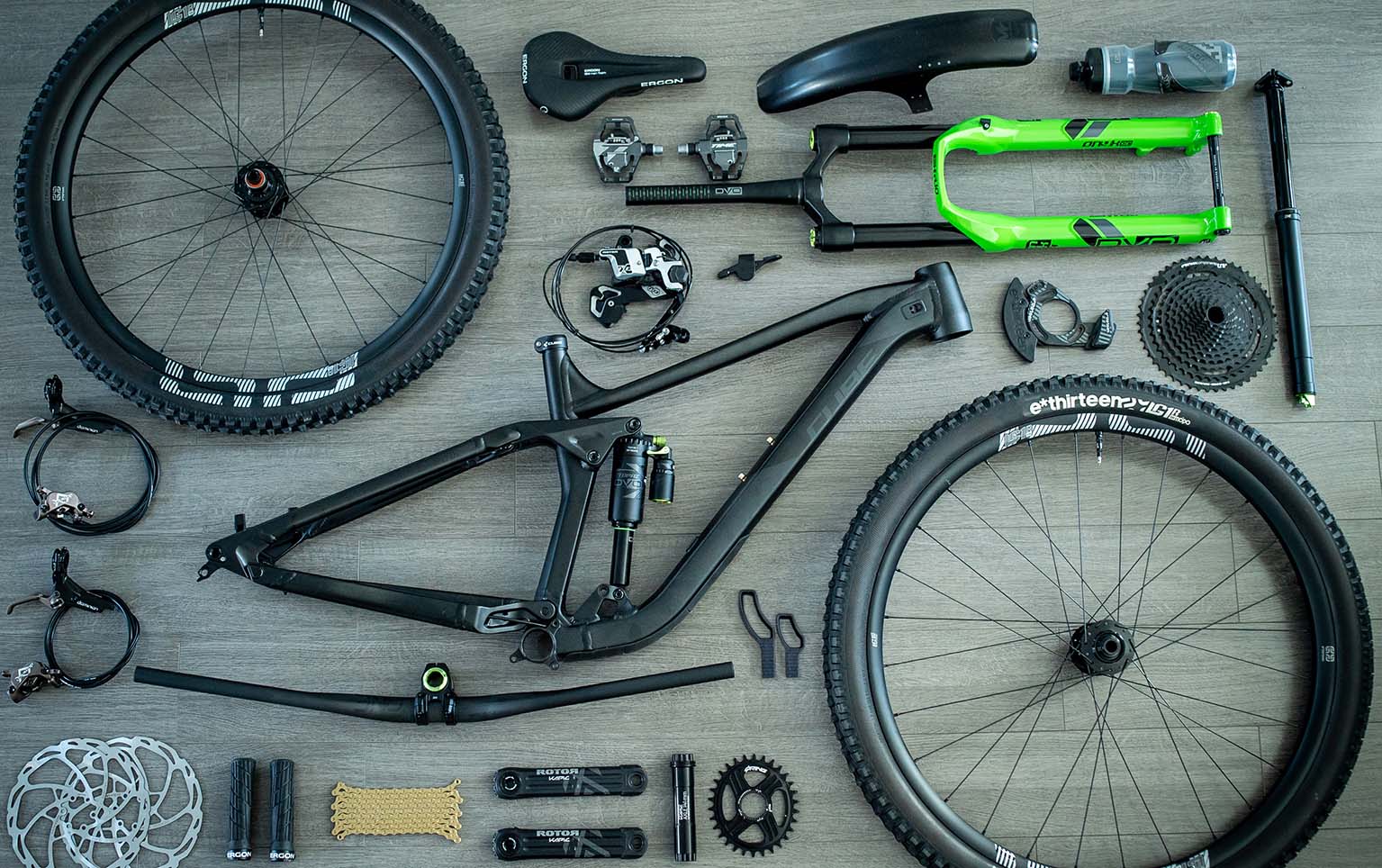 There are many other products that find their home on Remy's bikes, and we could heap praises on how awesome they all are and why Remy chooses them, but this article would start getting really long. So, we recommend checking out the products from some of Remy's favorite brands and seeing what other riders have to say about their products in our reviews and "Why You Bought This" sections of each product page. 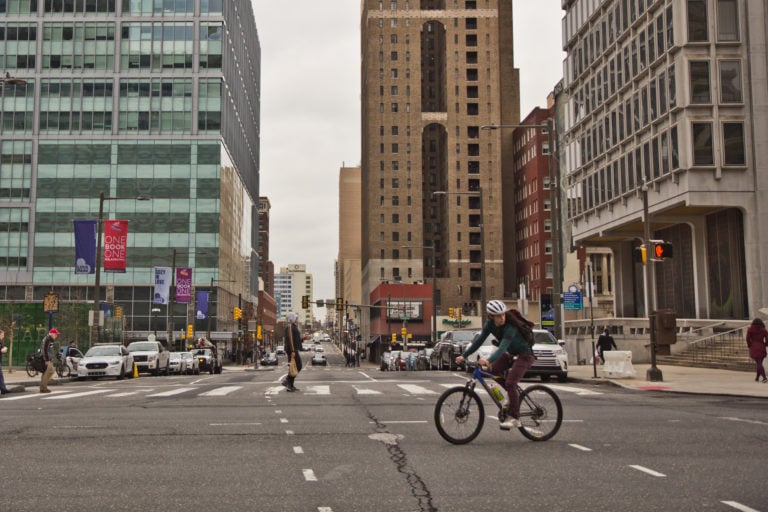 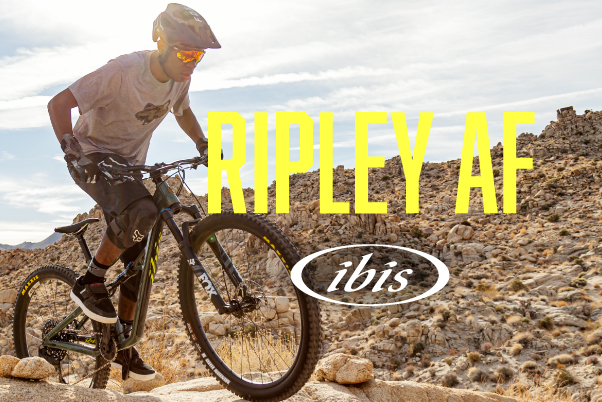 It wasn't that long ago that Ibis shook up the world of high-end mountain bikes with their release of their Ripmo AF; an aluminum version of the wildly popular Ripmo frame with a bit more attitude and ultra-smart budget build. Well, they've done it again but this time with the Ripmo's little sibling, the Ripley. Ibis is now offering a more aggressive alloy version of their more svelte and nimble 29er 120mm XC/trail bike. With this new AF iteration, the Ripley is no longer a slightly aggressive cross country/lightweight trail bike. Now the Ripmo and the Ripley are opposite ends of the same rowdy spectrum. The new Ripley AF, despite it’s size, is an extremely capable and rowdy trail bike. So, we headed out to the trail, threw a leg over this new rig and checked out some of the changes and improvements Ibis has made to the new Alloy Ripley. 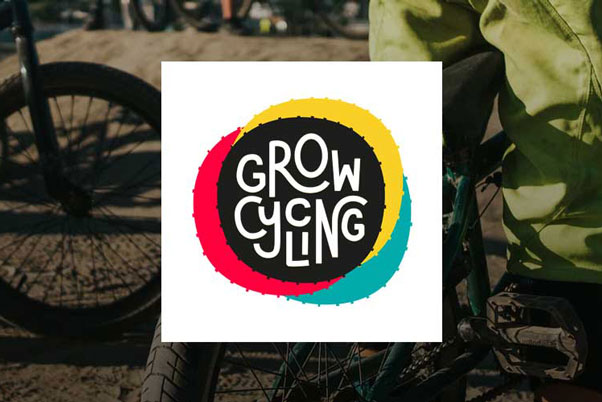 Who is Grow Cycling Foundation

For us, cycling has been so much more than a hobby. What started as a passion for the freedom that came with our first bikes to the exhilaration that we still find through every rotation of our cranks, cycling has given us joy, community, career opportunities and so much more. Grow Cycling Foundation is a non-profit that promotes education, access, and opportunities that increase diversity and inclusion in cycling in order to share these same experiences and opportunities with people from all walks of life. We are so stoked on all that the Grow Cycling Foundation is doing that we knew we just had to be a part of what they've got going on. Read on to learn more. 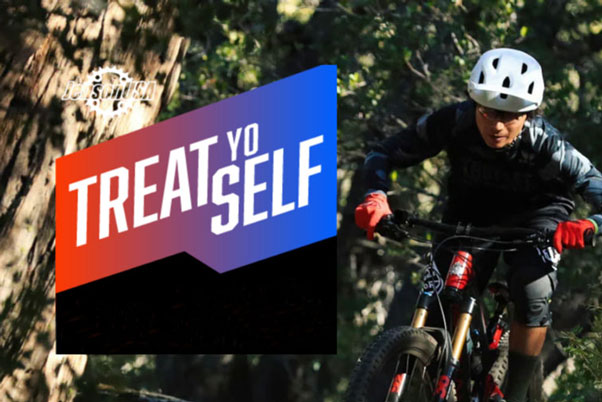 After a season of giving, Jenson wants to make sure you are also taking care of #1! So, go on and Treat Yo'self! Sometimes this means blinging out your beloved bike, heading out in style with your favorite new riding kit. Maybe it's getting your garage dialed with the perfect tools to keep your bikes running right. However you decide to treat yo'self, Jenson USA is here to help you live your best bike life. In this article, read on to find out ways to elevate your bike riding experience and how you can treat yo'self. 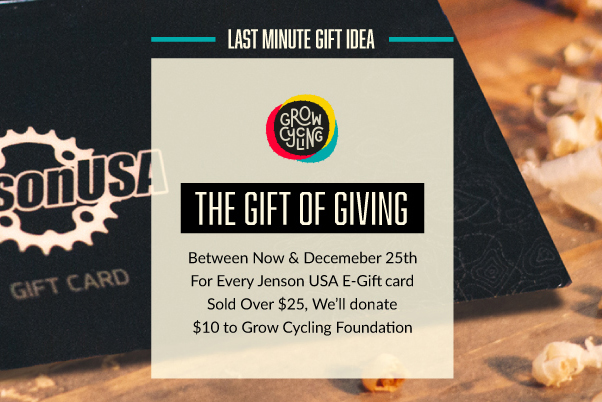 SPREAD THE LOVE WITH A GIFT CARD AND HELP GROW CYCLING

Gift cards are a great way to show your love to the special cyclists in your life and a perfect last-minute gift, but we, at Jenson USA, want to help spread that love even farther. From now until December 25th, Jenson USA will donate $10 from every gift card sale over $25 to Grow Cycling Foundation, a non-profit that promotes education, access, and opportunities that increase diversity and inclusion in cycling. 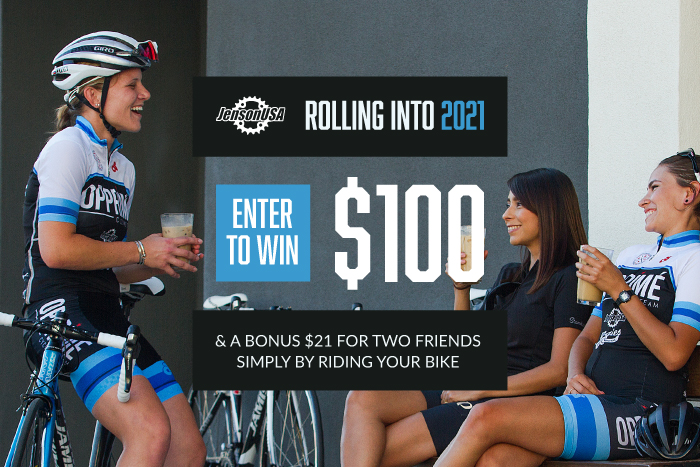 Any way you measure it, 2020 has been rough. We want to inspire more people to get out and ride and roll into 2021 with a great start, so we’re giving you and 2 friends the chance to win Jenson USA gift cards just for sharing your ride and passing on the stoke. We’ll pick a new winner each day from December 27-January 1 to win a $100 Jenson USA gift card + a $21 gift card for both tagged friends. 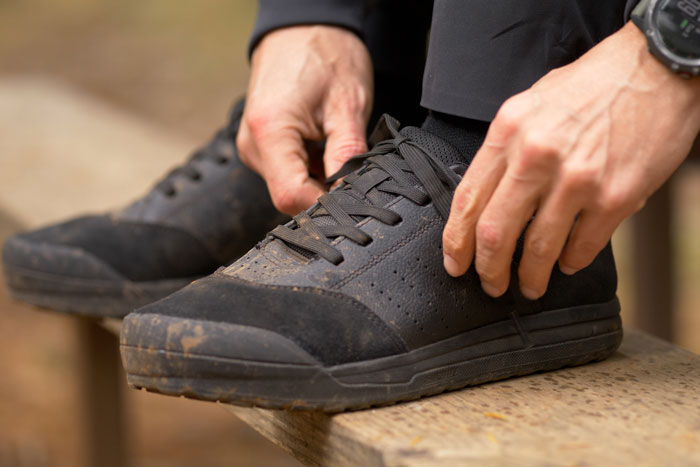 Specialized has just dropped their latest version of their popular 2FO mountain bike shoes. This version comes with some impressive updates and a new name. We’ve been cranking out the miles and sessioning our local trail center to put the 2FO Roost to test. Read on for all the details and our ride review on these new shoe contenders.